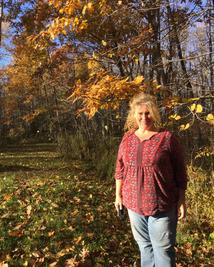 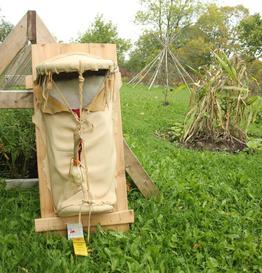 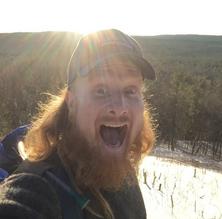 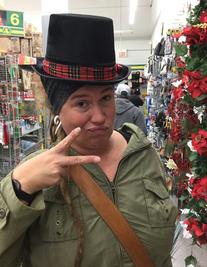 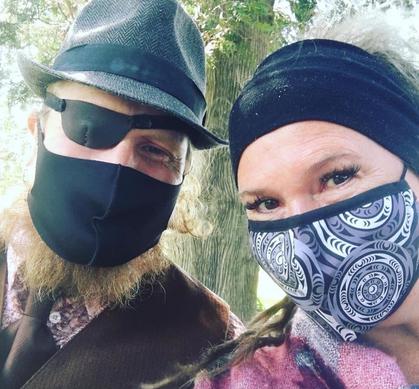 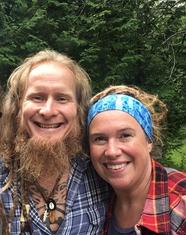 ​STEPH (a.k.a. BOHO MAMA), Shoeless Dave's better half, was born with an artist's eye and passion, and a spiritual thirst mere religion couldn't quench.  She is a gifted healer who offers unique perspectives, encouraging words, and practical guidance and support.

From a young age it was clear Boho Mama was destined to create.  In high school, while fantasizing about becoming a folk singer, she made clothing for herself and her friends.  Fashion and sewing would remain a lifelong passion - she still makes clothes, quilts and other necessities.

In college she was drawn to music, creative expression, and helping (and advocating for) teens and young adults - which she and Shoeless Dave have done ever since.

Then after partnering with Dave she began to explore many traditional crafts and skills - knitting, canning, soap making, working with hides, and many other skills; as well as more modern arts like cake decorating and tattooing.  Finally discovering her greatest joy and healing outlet - PAINTING.

In every community BOHO MAMA has ever lived she has been known for her warm, loving heart, her hospitality (inspite of being an introvert), and contagious sense of humour. 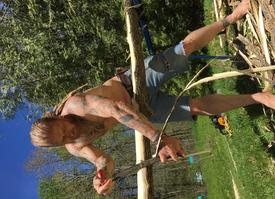 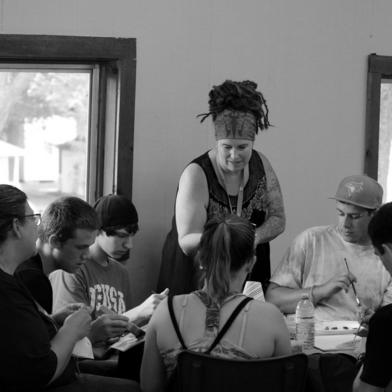 ​Barely emerging from a deeply traumatic childhood - it was predicted he would end up fighting addiction, in prison, or dead - but Shoeless Dave had a very powerful spiritual awakening in high school that transformed his entire life.  Immediately he began to help his peers, and began his lifetime journey to become an Indigenous Spiritual and Life Coach.

Eventually receiving a bachelor's degree in spiritual formation and growth - what sets him apart is his practical experience and over 30 years of learning from some of the worlds most influential Indigenous Elders/Faith Keepers, Life Coaches, and Spiritual Coaches/Leaders.  Unlike most "coaches" Dave uses creativity and nature in nearly everything he does; drawing heavily on his traditional indigenous cultures; Anishinaabe & Aarjel Saemieh.

Additionally, Shoeless Dave is an Earthskills/Survival and Traditional Living expert who loves to pass on his lifetime of forest knowledge and skills to those who are interested.

Dave now makes his living consulting organizations, teaching professionals, serving as an elder in various institutions, and doing traditional Indigenous woodland art.  His art is heavily influenced by Saami Duodji and Anishinaabeg traditions.  He also has a line of modern metal and leatherwork called "EXILED".

A Spiritual Altruist at heart Shoeless Dave has volunteered in some of North America's most remote, suicidal, violent, and financially challenged communities - always seeking an opportunity to help teenagers and young adults.  Dave and Boho Mama are recognized elders, and surrogate parents to many young people.

When not empowering people and institutions Dave can be found making art and sharing meaningful life with his family and friends - usually in the nature.

Born into a desperate situation Shoeless Dave retreated daily into the forest for refuge. It can be said that Dave was raised by a forest in the Creator's care.  For over 40 years Shoeless Dave has been studying and living from his spirit in natural environments; and over 30 years serving those in need.

EVERYONE IS AN ARTIST

EVERYONE IS A HEALER